Dallas Cowboys owner Jerry Jones used a derogatory term for little people at the team’s training camp on Tuesday, but has since apologized after being condemned by an advocacy group.

The 79-year-old Jones was speaking about the Cowboys former director of scouting, Larry Lacewell, who died in May at 85.

‘I’m going to get somebody, a midget, to stand up there with me and dress him up like Lace,’ Jones said to reporters.

As he spoke, Jones held his hand up to his shoulder to give reporters an idea of Lacewell’s height, and then chuckled a bit at the image he had created for his audience.

The term is considered offensive to little people despite its widespread use in sports, ranging from youth football and hockey to auto racing. In 2019, Hockey Canada vowed to drop the term, which was used to describe one age group. 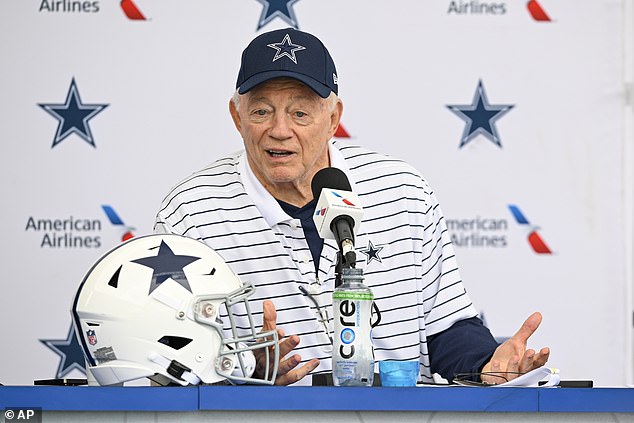 Cowboys owner Jerry Jones used a derogatory term for little people at the team’s training camp on Tuesday, but has since apologized after being condemned by an advocacy group

The comment was quickly condemned by the Little People of America in a statement to TMZ.

‘M—-t is a term that has widely been known to be derogatory for years and should be common knowledge to anyone in the public arena, such as Jerry Jones,’ read the statement. ‘Ignorance at this point is simply not an excuse. Any use of this disparaging slur along with suggestions or insinuations that our stature exists for amusement is deplorable and inexcusable.

‘Those who use the term m—-t [or] any terminology that further stigmatizes people born with dwarfism are asked to educate themselves to eradicate this word,’ the organization said. ‘Little People of America is asking Jerry Jones to issue an apology and vow to use appropriate terminology rooted in respect and dignity going forward.’

Jones has since apologized.

‘Earlier today I made a reference which I understand may have been viewed as offensive,’ Jones said. ‘I apologize.’

Jones is not the first NFL figure to end up in hot water for using the slur.

‘Who do we got?’ Grossi was heard saying, unaware that his microphone was running. ‘A f**king m****t’. 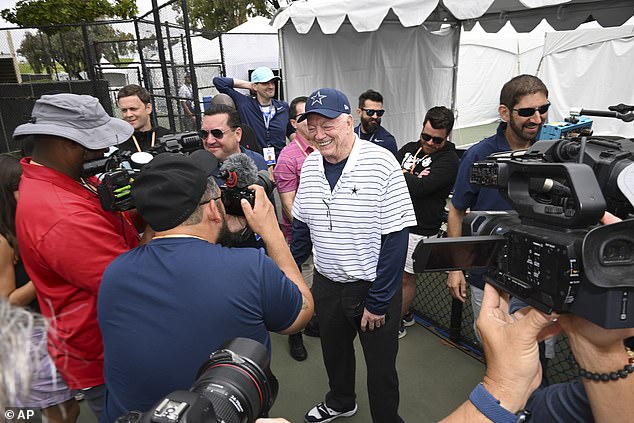